BIG STIR RECORDS SINGLES SERIES is proud to announce single no. 113, “Now I Am A Man” by Dolph Chaney, for January 22nd release via the Big Stir Records Bandcamp -- 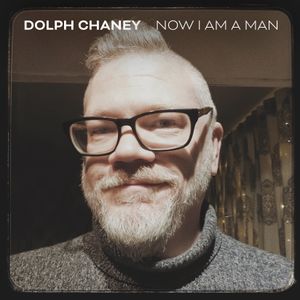 This was the first song tackled in recording sessions for the upcoming album “This Is Dolph Chaney” (out February 20th on Big Stir Records) - and wears a smirkingly self-deprecating statement of uncertain purpose, liberated from its rudimentary original version on Chaney’s solo album “Gumshoe Koala”. For the new version, producer/instrumentalist Nick Bertling outfits this new "Man" in a sharp-dressed band sound, given a lift by his whirring lead guitar break and set off to perfection by his Gretchen's Wheel compatriot Lindsay Murray's impeccable backing vocal.

This Chicagoland artist has been songwriting and record-making for a long while, but in 2020 (through all of its challenges), Dolph took an invitation to perform a weekly livestream radio webcast and ran with it. The shows have not only brought Dolph new listeners and have given the much-needed opportunity to interact, but as Chaney puts it, “I had the chance to push myself, to try things with my guitar and voice I hadn’t thought I could pull off. I was blessed to have all of that keeping me engaged and sharp at such a bewildering time.” Now, we find him as 2020 Artist Of The Year by Woody Radio, with the “Rebuilding Permit” album featured in the year's-best list at Dagger Zine and playlists aplenty.

We couldn’t be more excited to see Dolph Chaney return with something old, new, and a little blue - but all his own - for 2021. Join us on this journey and follow Dolph Chaney at: